We are excited to announce that MRFC is entering into another exciting season with the Elite Academy! For more information,  read the attached letter. 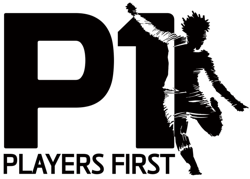 The MRFC Premier Development Academy (19U-12U) and our Premier Foundation Academy (11U-9U) Programs cater to the dedicated soccer-focused players, who want to train and compete with other dedicated soccer-focused players. Players will be selected through a tryout process conducted by MRFC Club personnel utilizing professional coaches and MRFC player selection evaluators. Our premier program is open to both girls and boys ages 8-18 (9U-19U).

MRFC’s player first philosophy is to accelerate and maximize individual player development while striving to continually form teams capable of competing at the highest levels possible. MRFC’s priority is to place players on the team most appropriate for the player and his/her current skillset.

Although MRFC players will train in an enjoyable environment, players will be held to high standards and expectations. They will continually be challenged to reach goals set forth by MRFC coaches and trainers to attain optimal player development & competitiveness. Each player’s time on the field, during games, will be determined by the player’s desire, attitude, effort and performance.

Training:
Teams will train three times per week in the Enumclaw/Buckley, Bonney Lake/Sumner and/or Auburn area. Two trainings led by MRFC coaching staff and the third training led by Academy of Excellence trainers.  Strategic breaks will be scheduled throughout the year - at the discretion of MRFC and head coaches.

League Play:
Teams will compete in the WPL - Washington Premier League (US Club Soccer) which consists of year round play. Games take place on weekends, occasionally double-headers. Depending on the division a team is placed on, travel away games could be anywhere within the state with the possibility of travel to Oregon and/or Idaho.

Tournaments:
Teams will participate typically in 3+ US Club sanctioned tournaments (local & out of area), including one all club attended tournament. Most teams will also participate in the end of season WA Cup.